A glimpse of Princess Balasa Cantacuzène of Baleni

A glimpse of Princess Balasa Cantacuzène of Baleni (Image source) I first came across the beautiful Princess Balaşa (née Marie Blanche) Cantacuzène (Cantacuzino in Romanian) whilst reading Patrick Leigh Fermor's marvellous book, 'Between the Woods and the Water'. Wanting to know more about her lead to a fascinating (and terribly sad) journey spanning the late 1930s through to the 1970s taking in her love affair with the author (referred to as PLF from this point on), the Second World War and then... what happened next.

Balaşa and her sister were genuine Princesses, says THIS link, though not, perhaps, "in the British sense, denoting royalty, but rather in the European sense denoting nobility". Most of the young members of the Cantacuzino family today live in Western Europe - see a family tree HERE.

Balaşa (1899-1976) is first mentioned in PLF's preface where he thanks her for helping him translate the Romanian legend of Miorita "in Moldavia long ago." My curiosity was tweaked. (Photo source: Printesa Balaşa, 1920) There is no further mention of her in this volume, and to find her again, one must turn to Words of Mercury (pub. John Murray, 2003 - see THIS site for info on this superb book). In it, we read that PLF lived with Balaşa, apparently "the first great love of his life", on her family estate in Baleni. In THIS article, the journalist states that she was "one of his two great loves". What puzzles me then, is PLF's reticence to mention her in his own writings very much. He never alludes to the fact that they had ever been lovers at all, and yet we know this to be true. All he does say is that she and her sister Elena (known as Pomme) were "good, beautiful, courageous, gifted, imaginative, immersed in literature and the arts, kind, funny, unconventional; everybody loved them and so did I".

Balaşa, an artist and twelve years PLF's senior, married Paco Amat y Torres in 1924, but by the time PLF fell in love with her in Greece around 1936/7 (I'm guessing), Paco had disappeared from the picture entirely.

'She was 32, and I was 20. We met at just the right time and fell into each other's arms. It was instant, we clicked immediately. We went off together and lived in a watermill in the Peloponnese for five months. I was writing, she was painting. It was heavenly,' PLF told William Dalrymple. 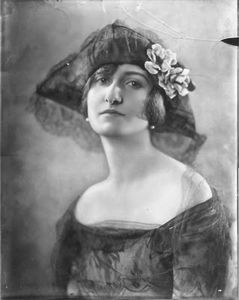 (Photo source: Printesa Elena Cantacuzino) James O'Fee shares an extract on his site from an article in the Daily Telegraph (12 May 1990), with an intro by PLF:

"...before that year was out, I was back in Rumania at a place called Baleni, and for a long time. It belonged to two Rumanian sisters a few years older than I; we had met in Athens where one of them was a painter, and a light-hearted affinity sprang up. I wanted to start writing, we pooled forces, and after a summer and autumn painting and writing in a Peloponnesian watermill, the question arose: where now?

An answer soon surfaced: 'We've got this tumbledown house in Moldavia. Why not there?' After a journey by sea to Constanza and north from Galatz by train, we got out at a small station where a carriage with an old Polish coachman was waiting: an hour's drive brought us to Baleni. It was a large, rambling, one-storeyed white house with a village and trees and a courtyard fill of friendly dogs, with the wintry dales of Moldavia rolling away all round. To the east, beyond the Prut and the Dniestr, Russia began.

...During the next year or two, this was my sheet anchor. There were journeys all over Rumania: a leisurely expedition with horses across north Bessarabia was particularly romantic (now it is entirely annexed by Russia and confusingly renamed 'Republic of Moldavia') - and I can still see the long trestle-tables spread under the oak branches, all set about with jugs of wine and kvass; and there were journeys by canoe in the vast whispering labyrinth where the Danube falls to pieces.

The summer days of 1939, while the peace of Europe disintegrated, were without a flaw. Two of the English guests staying there - Henry Nevile, who had just left school, and I - tore ourselves away in early September to join the army. As we all waved goodbye in the Gara de Nord in Bucharest ('Back in a few months!') we none of us realized how great and how lasting the break would be." (Photo source: Balaşa, 1920) And so, we learn that they met and shared their lives together in the Peloponnese and then returned to *Baleni (Covurlui county, near Galati)....

"For Leigh Fermor, this was one of the happiest periods of his life. For two years he lived there, savouring the last remnants of a world that was just about to disappear," writes William Dalrymple.

War had broken out and PLF left to enlist. Evidently, he had every intention of returning to her, for he believed the war would be all over and done with in six months. Instead, however, it ended both the romance and the world which surrounded it.

So then, I wanted to know, what happened to Balaşa, this woman with a great sense of fun and adventure who adored dressing up in exotic clothes? What became of her?

The answer comes yet again from PLF, who went back to find her a little over a quarter century later in 1965. Why did he take so long? Clearly because the Iron Curtain came down with an almighty clang - and probably also to protect Balaşa, for having contact with foreigners would have put her in great danger. Here (James O'Fee - In search of "Balaşa Cantacuzène" 4 ) is what PLF wrote describing his return and what had happened during his absence:

"The sisters had been nurses during the war; the land was confiscated; and on a grim morning in the late 1940s, a truck drove up with police and a commissar. They were allowed a suitcase each, and a quarter of an hour to pack. (The Cantacuzènes had been there for many generations.) 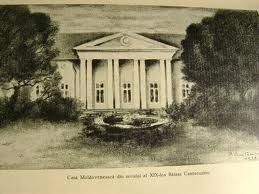 (Photo source:"Casa moldoveneasca" de Balasa Cantacuzino, 1938) Villagers in tears filled their arms with loaves, cheeses, eggs and poultry; then a truck drove them away for ever. The painter-sister and a male cousin tried to escape down to the Black Sea to Constantinople in a rowing boat, but they were betrayed and imprisoned. (Her cousin was lucky not to have been sent, like several of their relations, to die in the Danube-Black Sea canal. Never completed, this horrible trench was a dustbin for 'elements of putrid background' - this was the official term; it is said to have killed off 100,000 undesirables.) After their eviction, their family was taken 200 kilometres from where they belonged and put in a garret in a Carpathian foothill-town.

The moment the veto was lifted I went back to Rumania in 1965, with a short-term visa. Mixing with foreigners incurred severe punishment, but harbouring them indoors was much worse; so the visit had to be made by stealth, at night, and on the back of a motorbike borrowed by the Ophelia niece, who was working as a draughtman in Bucharest. (Photo source: Balasa Cantacuzino) We found them in their attic. In spite of the interval, the fine looks of my friends, the thoughtful clear glance and the humour were all intact; it was as though we had parted a few months ago, instead of twenty-six years. Their horrible vicissitudes were narrated with detachment and speed: time was short and their were only brief pauses for sleep on a couple of chairs. The rest of our forty-eight hours - we dared risk no more - were filled with pre-war memories, the lives of our friends, and a great deal of laughter. It was a miraculous reunion. The sisters now eked out their state pittance by teaching French, English and painting.

Other Rumanian meetings came later, when they were eventually allowed abroad for two or three weeks now and then. There were joyful visits to friends in England and France and Greece. Early thoughts of leaving Rumania lapsed in the end, they resisted the idea partly from feeling it was too late in the day; also, they said that Rumania, after all, was where they belonged; secretly, perhaps, they shrank from being a burden to anyone. One by one the same dread illness carried them away. Nobility of character marked them all. They wrote many and brilliant letters and contact was unbroken. For many people under alien regimes, life is lived vicariously, pen in hand." (Taken from the article Rumania-Travels in a Land before Darkness Fell, Daily Telegraph Weekend Magazine, 12 May 1990) (Photo source: Printesa Elena Cantacuzino) Poor Balaşa. Poor Pomme. It reads with such familiarity, resonating with all the loss, the humiliation, the brutality inflicted upon so many thousands of others at the hands of the communist regime. Captain Miclescu and his wife come immediately to mind. Enemies of the people... the inteligentia... those born into the 'wrong' social class - dispossessed, abused, imprisoned, deported, murdered.

And so, Balaşa and Pomme were kicked out of their home at Baleni, betrayed, imprisoned and deported by the communists to Pucioasa. They were branded 'origine putreda' ('of rotten origin' - the label given by the communists to those from prominent families),'dusmani ai poporului' ('enemies of the people') and lost everything whilst Baleni was turned into a lunatic asylum. What a hideous, ugly world...

(*Photo source: Cavoul Cantacuzinilor, Baleni) Balaşa never returned home alive again. She died 200km away in Pucioasa (north of Targoviste) in 1976 at the age of 77 after goodness knows how many years of poverty and unimaginable hardship. Pomme brought her home and laid her to rest in the family crypt at Baleni, today in the same lamentable state of decay as so many other once-lovely properties of yesterday's nobility across the country. Pomme joined her sister in 1983. She has a school named after her in Pucioasa: Scoala Nr 4: Elena Donici Cantacuzino. (For more on that, please see Anca's heart-warming comment below this blog post)

Balaşa and Pomme do not feature in Wikipedia's list of 'notable' members of the Cantacuzino family. And yet, they are amongst them to me. They were to PLF, too, along with all those who have read his books and loved them. Balaşa and Pomme, you are not forgotten.

*My thanks to Dan Dionescu for sending me the links relating to Baleni.

Apologies to Dictando, from whom I took several of the above photographs of Balasa and Pomme without asking - I tried to leave a comment but was unable and there is no contact e-mail. So sorry, Tudor Mavrodin.